The Art of Being Different

How did I become a teacher? I was asked this a few weeks ago and have been scratching my head while losing sleep to thought and notebooks ever since. The straight answer is: by accident. But there are those who don't believe in accidents or coincidence and, besides, a two-word story doesn't achieve much, doesn't require me to exorcise (or indeed exercise) any demons. So rather than stop at those two words, I've been wandering around the grooves in the walnut that is my mind, looking for the answer to another question: Why had I always been so adamant that I'd never EVER be a teacher?

Life is a garden, and the path we take to arrive at the present, to find our vocation, is not only sinuous and forking like some Borgesian labyrinth, but it is overhung with heavy, gnarled, lichen-covered branches waiting to whop you on the head as your ducking skills fail you. And you never know if you're going to be lucky; sometimes those bumps loosen fruit or blossom which land conveniently in your outstretched hand, but, at least in my case, more often than pears and pomegranates, I was left with big, blue bruises and bugs in my hair. Schools and teachers. Good grief.

Still. Standing up here looking down from the height of decades, I see a constant theme overshadowing the path, marking it out as the route I followed. From early on, I was given a role by those around me in cahoots with circumstances, and then went on to insist on playing that role, turning it into an art: the Art of Being Different.

Part one: Oh flower of Scotland

My time at nursery school was brief but it introduced me to Topsy and Tim, attempting to colour inside the lines, pom-pom making, the fact that not all twins are identical, and a sector of Glasgow society that watched fillums and drank milluk. Whilst my accent and I were from the West End / University areas of Glasgow, this was Drumchapel. If you were to make a film (or fillum) set in Drumchapel in the late 1960s, you'd need leaden skies and balls of tumble-weed blowing across the barren grey nothingness between dreary blocks with their colour-coded front doors and probable abandoned shopping trolleys. You'd also need a burst of Ennio Morricone at his whistling best and maybe Gene Hunt could screech through in a Hillman Hunter. Yes.
No. The truth of it is that what Drumchapel also introduced me to was dysentery, so my milluk-drinking nursery school experience was curtailed, to be replaced by a long period of quarantine and home-schooling.

Primary school was, initially, as primary school should be. Thanks to having been shut away from other children and from most adults apart from my teacher mother for five or six months, I already knew how to write passably, read well and work out how many Smarties I'd have left in my hand if I ate three orange ones. I also knew who the Beatles were (and Herman and his Hermits, for that matter), how to make collages, chocolate crispies and meatballs, the names of all the flowers and birds to be seen in our garden, I knew hundreds of stories from around the world, the few French lyrics to 'Michelle' and all the words to Lilly the Pink. Life was sweet, the future looked bright and my new school uniform was exciting in its novelty.

In fact, life was not only sweet; it was safe and normal, and centred on a large, grey stone building, a soaring island set in the middle of a seemingly vast playground, an ark which the long-dead architect had wisely thought to equip with two main entrances, the words BOYS and GIRLS in foot-high chiselled stone letters above the doorways, in order to pre-empt chaos in the cloakrooms. Thus we stood in two straight lines between the first whistle and the second, girls separated from boys and ne'er the twain should meet ’twixt playground and classroom – apart from the day we joined forces to chant We want Scooby-Doo over and over again, to the chagrin of all adults from headmaster to janitor, in protest at the announcement by the BBC that our favourite episode-long cartoon (a brand new concept then) was coming to the end of its first season.

School life consisted of mittens on elastic that ran up one coat sleeve and down the other, black slip-on gym-shoes smelling of canvas and rubber, punishment by means of the belt (never experienced but witnessed once), wobbly teeth that appeared embedded in playtime apples, and teachers who looked like teachers should and knew where sugar came from and how to weave bookmarks. The very first thing I learned at primary school was how to knot my tie, and then that the cat sat on the mat, and you do sums and timeses with rods (which are not for putting in your mouth, Janet, pet), and this is how you tie shoelaces and bows, and o'clock half past o'clock half past, and you need a short piece of string for your handmade sugar mouse (but you don't eat the string, Janet, pet) and you can mix red, blue and yellow with each other to make other colours. Oh, and squeezy bottle paint smells funny and gets stuck in hair, and play-doh tastes better than plasticine.

Other early achievements included building an Apollo moonshot from Ski yoghurt pots, washing-up liquid bottles and toilet rolls, Santa's snow-topped log cabin from corrugated paper and cottonwool, and a whole town from variety pack cereal boxes. Parents were less impressed by this last project as variety packs were more than a bit above most people's budget. Dumbartonshire in the late sixties was mince and tatties country with a bit of fish on Fridays, and a small packet of jelly tots or dolly mixtures when your maiden aunts took you to the cinema. Vietnam was – via a circuitous route – affecting the shipyards and homes were not flush. Besides, we were Presbyterian.

The second year at Bearsden Primary, the names of my classmates rang strong and true, like granite and ice: Gregor, Kenneth, Graham, Donald, Andrew, Neil, Heather, Hazel, Gail, and Lindsay, with Nicola and Charles providing an exotic, 'foreign' touch, not to mention the translucidly blond German boy whose name escapes me for now. There was change in the air; no more big doors, or even big classrooms, as, as children of the Baby Boom (the now-termed Generation X), our classroom was an overspill hut. We sat in table teams of six, each named after a species of Scottish fauna: ospreys, Golden eagles, pine martens... I have no recollection of what my animal was, but the midge would not have been inappropriate, as, thanks to my illness, I was still small, very thin and pale – 'wan' – and, oh boy, I had wonky eyes. At some point, surgery and eye-drops left me virtually blind for part of each day, so mornings in school passed in a blurry fog of bad handwriting and torment. My retreat into myself began, I was becoming 'different'. I spent what I remember of the year relieved that I was still top in reading, and utterly desperate (and desolate) to earn a coveted Ship Stamp, the maximum accolade for achievement in handwriting above even a red star, as my impaired vision reduced my handwriting to a scribble dependent on pot luck more than on anything else. In fact, as I write, the memories come creeping back, and I recall needing my stern friend Heather to put my hand on the page so the chubby black pencil coincided with the start of each printed line. Rather than that feeling of 'joining in' that my earlier memories bring to me, 'striving' seems to tint this second year. Striving to write like the others, to see like the others. I was shrinking.
And then. In the summer holidays. We moved. To England.

Gee, do you really remember all that? Me, I remember practically nothing except hazy visions of stuff like going to school late to escape being sent to the barber's...
But, I do remember something about Lily the Pink (it was Lily, wasn't it?):
We'll drink a drink a drink
To Lily the pink the pink the pink
The saviour of our human race
For she invented, medicinal compound
Most efficacious in every case
LOL

Same thoughts as Chiew... i think I remember my name was Brad when I was in 2nd grade ;-)

Looking forward to the 2nd installment. Cheers, b

What a beautiful trip down memory lane...so many beautiful details, so many names, accents, images - I can't wait, like Brad, to read the second part.

A million thanks for sharing this story!

Hi Fiona,
I really enjoyed reading that - as everyone says, you seem to have remembered a lot more than I can! Your story is fascinating, and I look forward to reading the second part.
Sandy

I know I have an unusual memory, but it's true. Obviously I don't remember absolutely everything, and sometimes I can't quite work chronology, but most images are very strong still - sounds, colours, feelings, smells... As I go back into my memory, I can remember feelings very well, which makes some things uncomfortable.. I have memories from way before my second birthday - so plenty of writing material. Besides, if I were making it all up, who's to know! ;)

By the way, the name that comes up is my mother's name slightly modified. She always wanted me to write, so here I am. 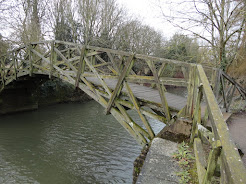